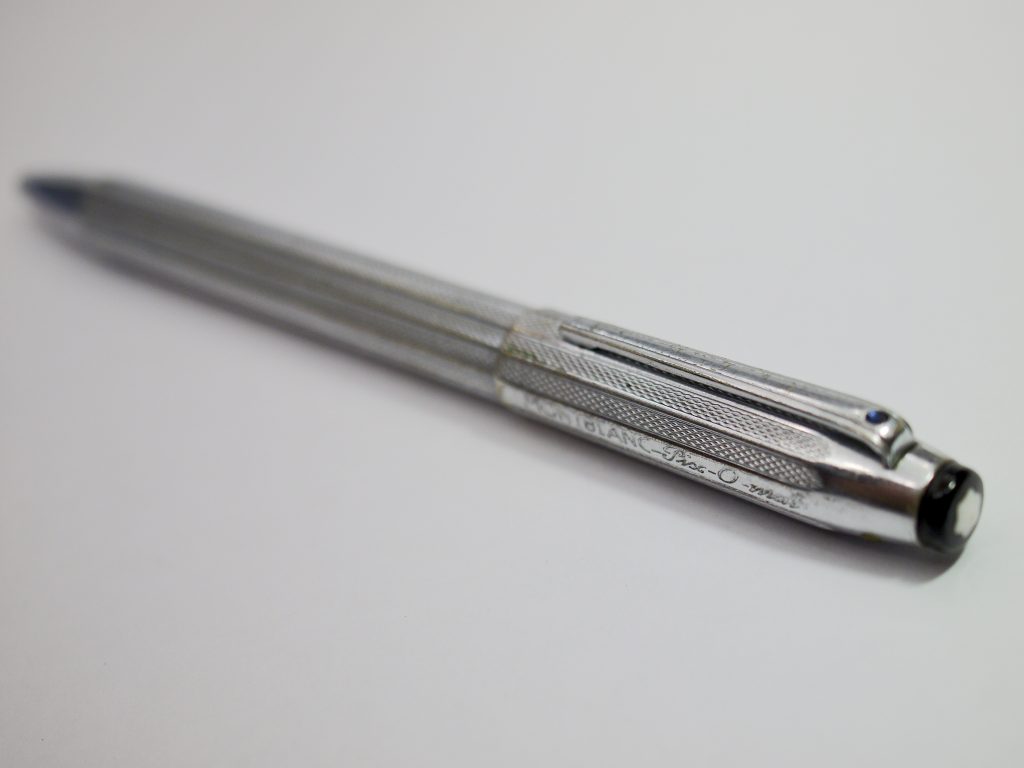 Starting today I have a Montblanc Pix-o-mat for auction, these are perhaps not very well known but you should. Some people focus primarily on fountain pens but every now and then, the ink runs out and you don’t have your ink jar with you. That’s why I always have a companion pen with me, I write most with my Writer’s Edition – Jules Verne fountain pen, but I also have a four-color Montblanc ballpoint pen at hand, simply because it can always write because when one color runs out you can easily switch to another, and the different colors serve different functions. Typically when I review documents I can use red to edit and use blue for notes in the sideline. 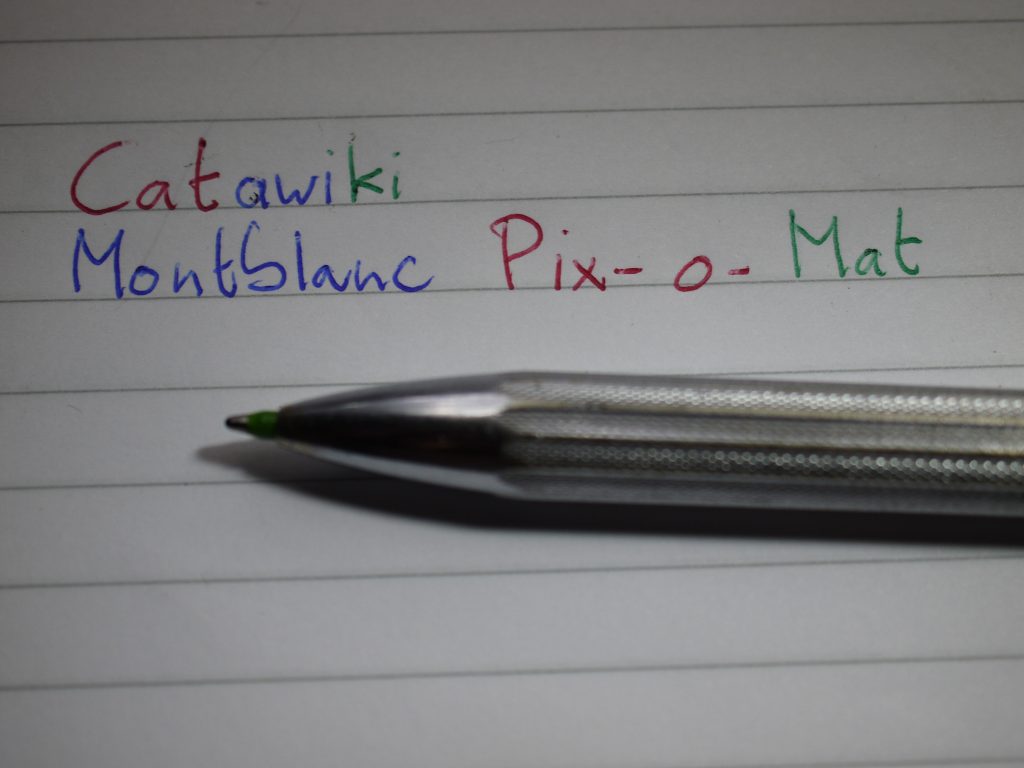 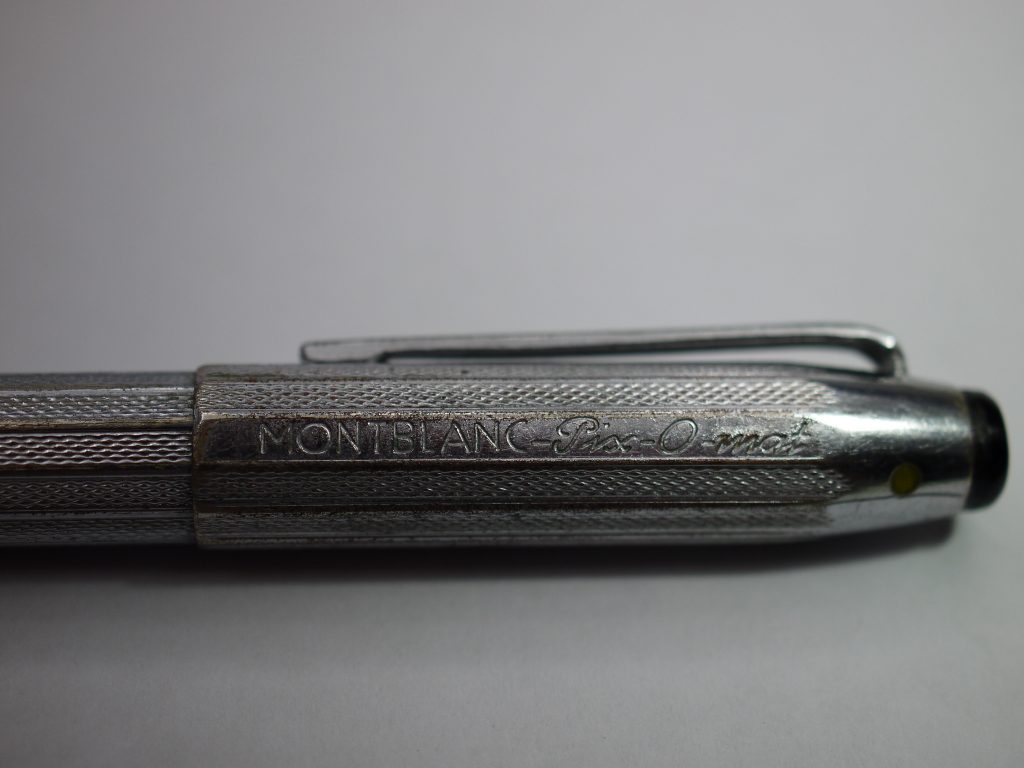 Historically several manufacturers produced multi color pencils, usually with mechanical sliders, but the open mechanism dust and dirt and eventually made sliding very difficult (often it can be fixed with some WD-40). I believe that Fend pioneered a gravity based system, first with a steel ball that would fall between the filling and the pusher to be able to force it out, this was a closed system that fixed the dust coming in but it was quite complex and from what I heardonce opened was practically impossible to assemble in working condition. Later they invented a gravity based system using a simple stick, attached to the pusher that fell down as well, which was both simple in construction and effective. Simply turn the correct color up, the stick falls to the correct filling and you are able to push it out. 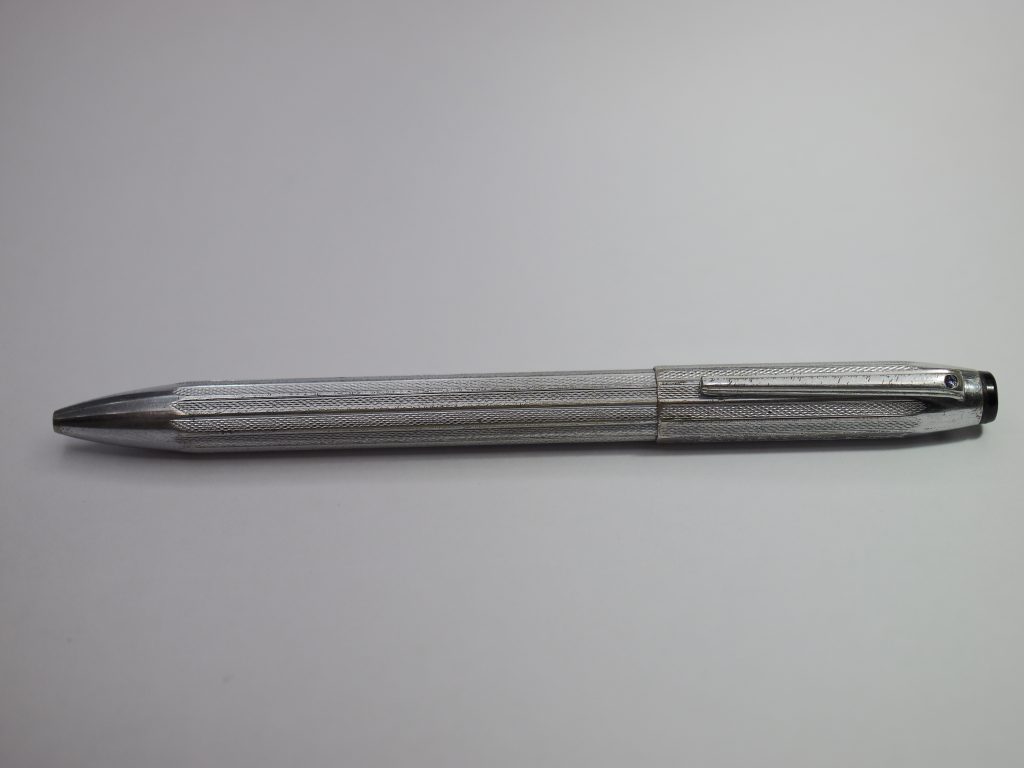 I think that those multi color ballpoints are a terrific value for money and ideal to keep at hand at all times. You can find this pen here! 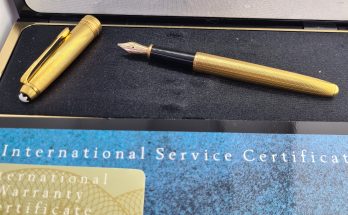 Just in time for Christmas – Montblanc no reserve auction