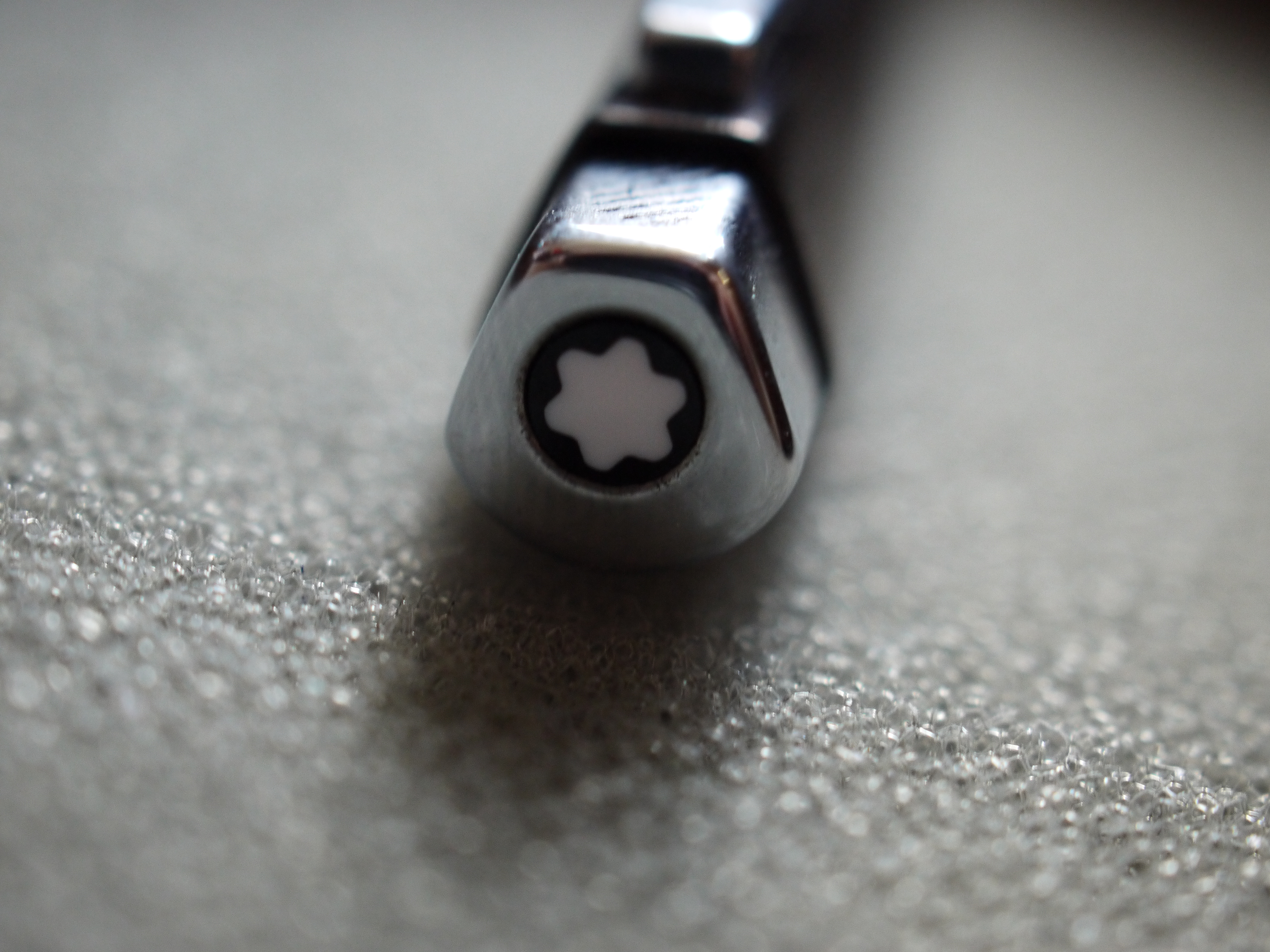 I like odd things, items that do not really fit in what you expect from a brand. Montblanc has made a lot of different pen’s since 1908, most common are the black fountain pen’s but there have been a few oddballs. One of these is the Montblanc Leonardo, a model that is only available as a ballpoint pen with a very specific shape, three sided on top and curved on the underside, similar to the contour of a ship. The Leonardo can only be opened through the back, a small hole holds a clip that releases the entire mechanism. This mechanism is very prone to wear, so a lot of these pens have a defective pusher.

I have had quite a few Leonardo’s but a while back I bought one in a different package than I was used too (standard plastic flip box), this one had cardboard Leonardo branded box with a plastic sleeve. Eventually the seller asked me if I was interested in buying the same pen, and I could buy four in total. However since I had never seen this packaging I asked them how they got a hold of four identical pen’s. I was told their father was actually an employee for Montblanc and brought these home for his kids. I cannot seem to find any other pens with this packaging and I suspect that it was some kind of prototype packaging. The pen doesn’t really hold on to the inlay, and at some point they might have switched to a regular box already used for other pens. 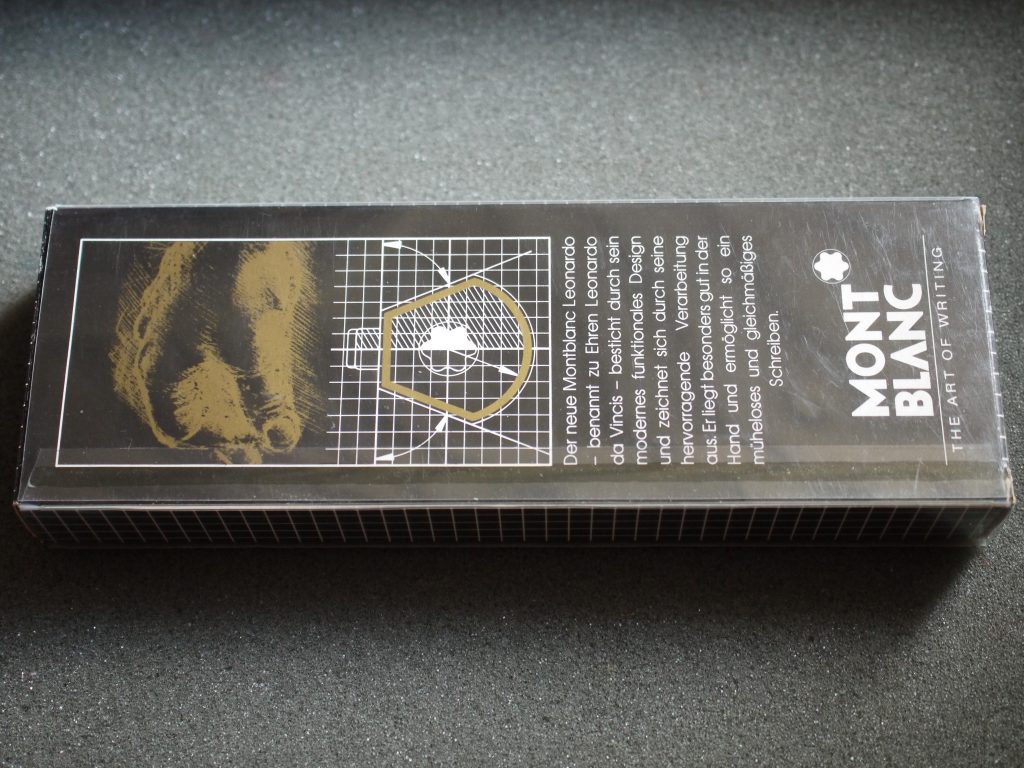 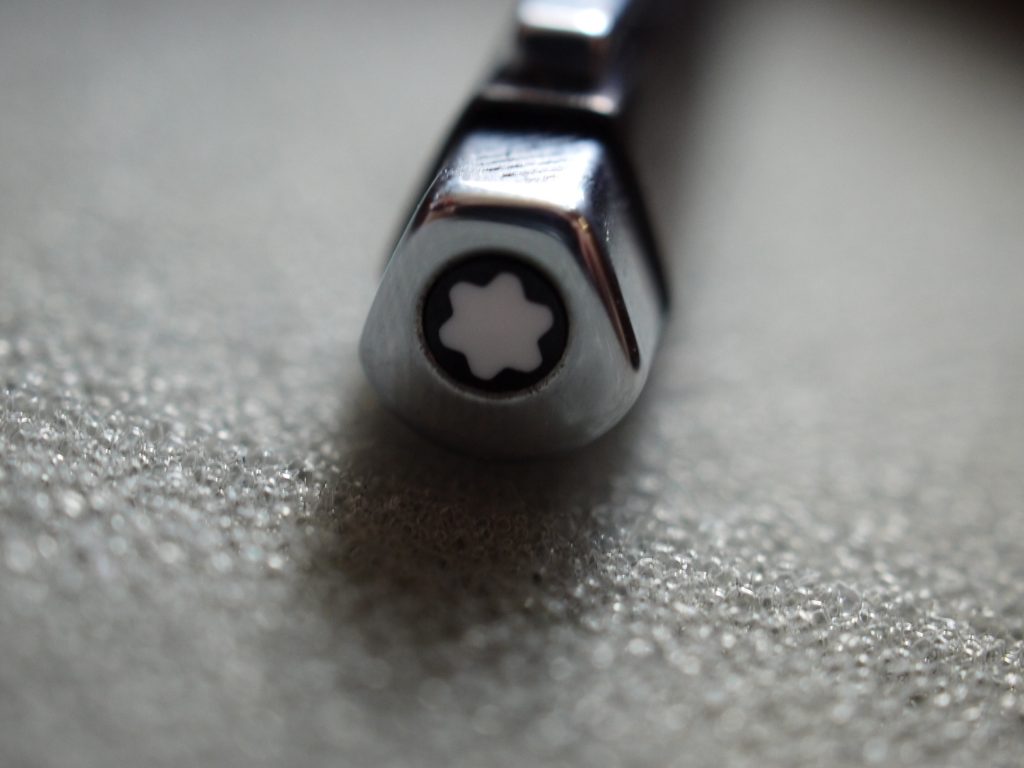 I will be keeping one, and two other have already been sold so if you are interested in something quite unique then this Leonardo pen that is completely new and unused is exactly for you, please click here! 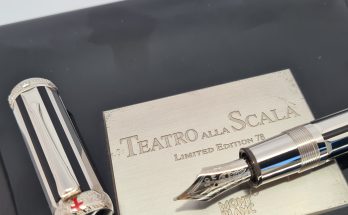 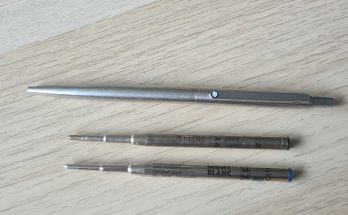 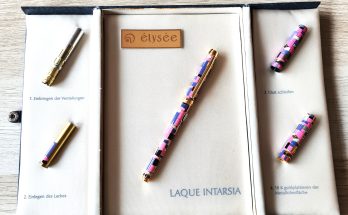